This blog has been hosting a sporadic series interviewing the editors from various open access journals for paleontologists. This time around, I am very pleased to highlight Palaeontologia Electronica (PE for short). PE has a special place in my heart for two reasons. First, it was the earliest open access paleo journal around (that I know of). It began publication in 1998, before "open access" was even a part of the scientific vocabulary! Second, one of my first peer reviewed publications graced the pages of the journal, back in 2004.

PE's executive editor, P. David Polly, was kind enough to answer a few questions. As is only fair, he has asked me to remind readers that any opinions stated here are his alone, and do not necessarily represent official views of the journal. 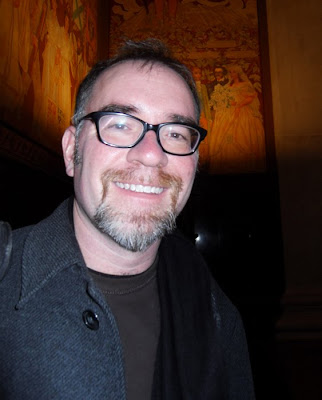 did you get involved with PE?
I got involved with PE in 1996, just after its inception and before the first issue was published. As I recall, the idea of an electronic journal of paleontology had been the idea of Norman MacLeod, Tim Patterson, and William Riedel in 1995, who then enthused the group of people who made up the first editorial board. Mark Purnell, my co-executive editor, Peter Roopnarine, the special issue editor, and Jennifer Rumford, our production editor, were all part of that group. So there are four of us who have been with PE for more than 14 years.

Given your long history with PE, have there been any particular surprises for you in how the journal has developed?
The main surprise was how hard it was to get people to publish with PE in the early days. Younger scientists were the ones most attracted by the idea, but they were also the ones to whom "impact factors" were the most important. The journal wasn't indexed by Thomson-Reuters until a few years ago and has only had an official "impact factor" since 2007. Before then we often struggled to get enough submissions to fill an issue, but since then the number of papers that come in is similar (or greater) than many other paleo journals.

Within the growing ecosystem of open access journals, what makes PE unique?
PE is unique in that it is completely sponsored by professional societies so that neither readers nor authors have to pay. Many so-called "open access" journals allow readers to have free access, but charge authors a steep fee. In my opinion, that funding model is even worse than high subscription fees for readers because funds for publication are not equally distributed among fields (paleo as a field has far few funds available for publication costs than does, say, medicine), nor are they equally distributed among researchers, institutions, or countries within a field. Publication is a fundamental part of science, or any academic discipline for that matter-- it's imperative that reserachers be able to publish their work and that others be able to read it.

In my mind, it is an obligation for anyone involved in a professional academic field to donate their time to reviewing papers, serving on editorial boards, paying dues to professional societies, and working for those societies to help facilitate and subsidize scientific publication. Sadly it is becoming increasingly difficult to get people to review papers, serve as editors, or otherwise commit time to these activities, which increasingly leaves academic publishing in the hands of corporate publishers, much to the detriment of fields like paleontology. No service that is offered by corporate publishing houses couldn't be offered by the academic community. The goal of PE is to publish quality science at the least possible cost, without taking a profit, and to reach the greatest possible audience.

What advice would you give to authors interested in submitting their research to the journal?
Format their papers correctly and, regardless of whether you submit to PE or another journal, to be willing to review at least five papers for every one you publish.

Are there any myths about PE that you'd like to see busted?
The main myth about PE that should be busted is that publication is instant. Once papers are accepted to PE, they come out in the next issue, which is faster than most journals, but the process of review and revision happens at the same speed as for any other paper. The thing that slows papers down the most is finding reviewers. I probably have two or three people decline to review for every one who says yes.... it can sometimes take a couple of months to find two suitable reviews for a paper. But once reviews have been found, revisions have been made, and proper formatting done, the papers come out quickly in PE.

I published a paper in PE in 2008 and found the experience to be quite excellent, from the submission process, the handling editor (who was David Polly), and the review process, to the final result. Peer review, open access, good distribution, no page charges, and color figures. It's hard to beat. I'm hoping to submit there again in the future.